It is commonly used in homebrewing and winemaking to sanitize equipment. It is used as a cleaning agent for potable water reverse osmosis membranes indesalination systems. It is also used to remove chloramine from drinking water after treatment.

Added to local anaesthetic (lidocaine etc.) solutions to prevent oxidation of vasoconstrictor adrenaline and thus improve the shelf life of the solution[citation needed]
It is used in photography.[9]
Concentrated sodium metabisulfite can be used to remove tree stumps. Some brands contain 98% sodium metabisulfite, and cause degradation of lignin in the stumps, facilitating removal.[10]
It is also used as an excipient in some tablets, such as paracetamol. Approximately 0.5 mg is used in epinephrine autoinjectors such as the EpiPen.
A very important health related aspect of this substance is that it can be added to a blood smear in a test for sickle cell anaemia (and other similar forms of haemoglobin mutation). The substances causes defunct cells to sickle (through a complex polymerisation) hence confirming disease.
It is used as the source of SO2 in wine. An important anti-oxidant and bactericide
It is also used to precipitate gold from auric acid (gold dissolved in aqua regia).
It is used in waste treatment to chemically reduce hexavalent chromium to trivalent chromium which can then be precipitated and removed from an aqueous waste stream.
It is used as a bleaching agent in the production of Coconut cream
It is used as a reducing agent to break sulfide bonds in shrunken items of clothing made of natural fibers, thus allowing the garment to go back to its original shape after washing
It is used as an SO2 source (mixed with air or oxygen) for the destruction of cyanide in commercial gold cyanidation processes.
It is used in the oil and gas industry as a corrosion inhibitor/oxygen scavenger.
It is used in the water treatment industry to quench chlorine residual 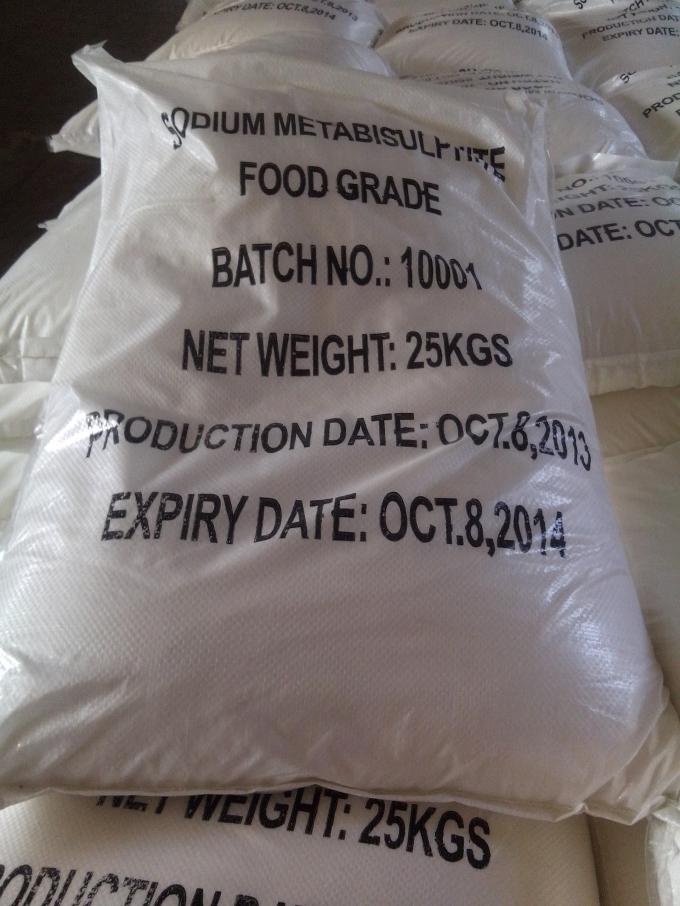