Characteristic white crystal or powder;Odorless, soluble in water, extremely slightly dissolved in ethanol, almost insoluble in ether, white hexagonal prismatic crystals, soluble in water (at 0,12.54g/100ml of water;80), 283 g / 100 ml water solubility in 33.4 is about 28%, highest alkaline aqueous solution, the PH of about 9 ~ 9.5 slightly soluble in alcohol, insoluble in liquid chlorine easy oxidized into sodium sulfate to ammonia in the air, and in the high temperature is decomposed into sodium sulphide to strengthen the reductant, and sulfur dioxide generated sodium bisulfite, reaction with acid to generate the corresponding quotiety of salt and sodium sulfite is extremely strong, can restore cuprous ion of copper ions (sulfite complexes can be generated and cuprous ions and stable), can also restore phosphotungstic acid such as weak oxidant 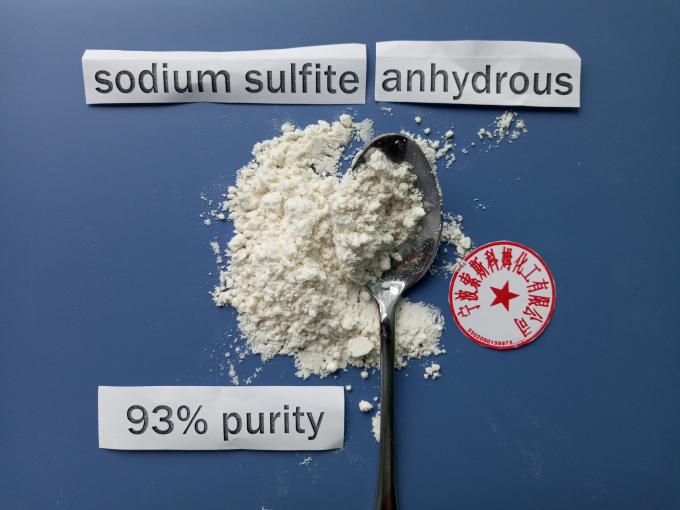 Anhydrous sodium sulfite in water treatment applications highlighted the gold property, with strong reducibility can dechlorination deoxygenation as a reducing agent can protect the oxygen-sensitive materials are also used as anti-aging agent antioxidant neutralizer chemical industry is used as reducing agent and sulfonating agent.Dechlorination and bleaching agents for printing and dyeing industries;Food industries such as stabilizers for chemical fibre are used as bleach preservatives and as anti-oxidants in the synthesis of dehydrated vegetables.

The packaging of woven bags shall be sealed and shall not be in contact with air.

Store in a cool, dry and ventilated place. Stay away from fire. It shall not be stored and transported together with oxidants, strong acids and harmful substances. Protect against rain and sun exposure during transportation.

Anhydrous sodium sulfite has deliquescence and is valid for one year in case of seal. 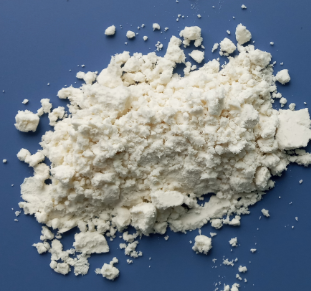 It is a soluble sodium salt of sulfurous acid (sulphite) with the chemical formula Na2SO3.It is a white crystal powder or granule that tastes salty with sulphur odor. 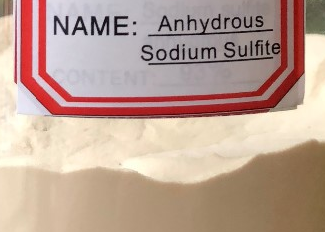 usage: deoxygenation ,bleaching agent,reducing agent of spice, dye and so on