2). Textile antichlor after being bleached.

3). Reducing agent and sulfonating agent for chemical and medical use.

2) Sodium Metabisulfite in food has anti-browning effects. Enzymatic browning often occurs in fruit, potato food. Sodium Metabisulfite is a kind of reducing agent, has a strong inhibitory effect on the polyphenol oxidase activity. 0.0001% of sulfur dioxide can reduce 20% of the enzyme activity, 0.001% of sulfur dioxide can completely inhibit the enzyme activity and can prevent enzymatic browning; In addition, can consume oxygen in food organization and has deoxidation effect. Furthermore, sulfite and glucose can have addition action, prevent glucose and amino acids in food ammonia reaction sugar ammonia reaction, so as to own the function of anti-browning. 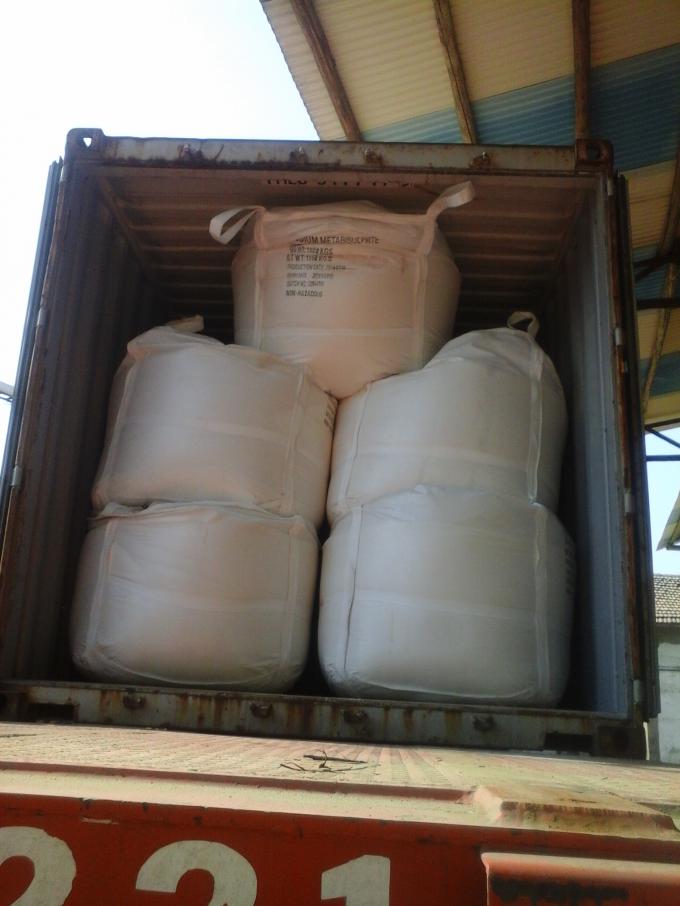